Welcome to This Day in Today,

My name is Tom Keefe, and I’m the Babbling Professor!

On this day, May 8, 1992, Olivia Frances Culpo was born in Cranston, Rhode Island. Culpo is an American actress, model, television presenter, cellist and beauty queen who won the Miss USA 2012 pageant, representing her home state of Rhode Island and the Providence Plantations. She previously won the 2012 Miss Rhode Island USA competition, which was the first pageant she had ever entered. Crowned Miss Universe 2012 in Las Vegas, she is the first winner from the USA to obtain the crown since Brook Lee in 1997.

On this day, May 8, 1968, Kim Zandy was born in West Chester, Pennsylvania. After attending West Chester East High School, Zandy attended Heidelberg University in Tiffin, Ohio. While her first radio job was with WNCI 97.9 in Columbus, Ohio, in 1991, she upgraded in 1999, Zandy joined 92WPRO FM in Providence, Rhode Island, as part of the “Gio and Kim” morning show. On September 13, 2016, Zandy was featured on Patrice Wood’s “Tuesday’s Child.” Tuesday’s Child” is a reoccurring special segment on WJAR TV which spotlights adoption in Rhode Island. As Patrice Woods said, “Zandy is loved by her fans, [but] it’s nothing compared to the adoration of 3-year-old Julian and 1-and-a-half-year-old Ariannah, who she fostered through the state Department of Children, Youth and Families, and has now adopted as a single mom.” 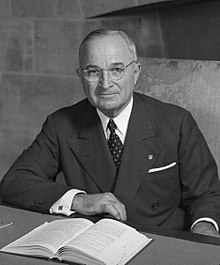 Finally, on this day, May 8, 1884, Harry S Truman was born in Lamar, Missouri, U.S. of A. I’ll spare you all my rendition of Marilyn Monroe singing “Happy Birthday Mr. President.”  But, come on! May 8, 1884, to December 26, 1972, now that’s quite a life.  A very distinguished life, as well.  Fighting political corruption, V-E Day (on his birthday no less!), The Marshall Plan, Truman Doctrine, creation of NATO, creation of the United Nations, the integration of the military, recognition of Israel, the Berlin Airlift, the defense of Taiwan, the defense of South Korea, firing of General MacArthur, renovation of the White House, the firing of Attorney-General McGrath, and most importantly, the response to Paul Hume’s criticism of your daughter Margaret back in December 1950. And the scathing letter he later received from her father, President Harry S. Truman. Truman called Hume “an eight ulcer man on four ulcer pay.” He further told him:

“It seems to me that you are a frustrated old man who wishes he could have been successful. When you write such poppy-cock as was in the back section of the paper you work for it shows conclusively that you’re off the beam and at least four of your ulcers are at work. Someday I hope to meet you. When that happens you’ll need a new nose, a lot of beefsteak for black eyes, and perhaps a supporter below!”

While Truman was criticized by many for the letter, he pointed out that he wrote it as a loving father and not as the president. A very distinguished life.  I have to confess, I can relate. After all Mr. President, you were born on May 8th, 1884, my great grandfather HR was born on the same day,  and of course, I was born, this day 1973, and MY daughter, Grace, was born this day, 2002. I applaud your defense of your daughter… Happy birthday to Olivia Culpo, Kim Zandy, you M.r President, and my great-grandfather as well as my special, special little girl. Happy 16th Grace, I love you,

That’s all for today’s segment of This Day in Today, and remember,

Thank you for listening!

Check out the Welcome to Class video I uploaded to the partner site on YourTube!

Recently, I wore my old Adam Keefe jersey to a Denver Nuggets game. This is what happened: Adam Keefe

Tom: Hey, Curtis, have I reminded you lately that my team won last year?

Tom: I didn’t think you noticed?

Curtis: Why would you say that?

Tom: Well, for one thing, you haven’t joined my side yet!

Curtis: How about the part where Tom Brady cheated?

Tom: Tom Brady didn’t cheat, and how about 1999 when the Broncos broke the salary cap and “won” the Super Bowl?

Curtis: What about those text messages?!?

Tom: Text messages, emails, what are you talking about, he won!

Curtis: That’s not exactly what I hear on Denver Sports radio 104.3…

Tom: Are you serious right now? Have you ever even listened to the Boston radio stations?

Curtis: Absolutely. Brady cheated and that’s how your side won; we should take the trophy away… frankly, I think we should have a new Super Bowl between our guys and your runner-up

Curtis: Well, your cheating means you shouldn’t have even been in the Super Bowl in the first place, let alone win.

Tom: He, well, they, didn’t do anything that anybody else wasn’t doing too

Curtis: You don’t think having private conversations with the equipment manager is suspicious?

Tom: We don’t know what they were talking about! They could have been talking about anything, like Russia; I hear Kraft is still pretty upset that Putin took his Super Bowl ring…

Curtis: I just think it’s weird that Kraft is even talking to Putin.

Curtis: And you still cheated.

Tom: You know what, Curtis?

Tom: I like the fact we can disagree and still be friends.

Curtis: I’m just waiting for you to wake up and realize that the people you root for, might not always be the best people in the world. But, yea, I’m glad we’re friends too.

Tom: But we still won…

Curtis: Are we still talking about football?

Once again the New York Times has reared its anti-American head. Doesn’t their editorial board understand that now Al-Qaeda knows that the State Department has been using an accounting shell game to hide cost overruns and it failed in its legal obligations to inform Congress about schedule delays?

A report by the independent Special Inspector General for Iraq Reconstruction said
the U.S. Agency for International Development listed project overruns as
overhead or administrative costs.

USAID is the agency is charge of administering foreign aid and
began working on Iraq reconstruction soon after the 2003 invasion
began.

The inspector general’s report did not give details on all
projects being conducted under the $1.4 billion budget, but noted several
examples including a children’s hospital in Basra and a power station in
Baghdad.

Bechtel, the contractor in charge of the Basra hospital, said in
April construction costs would be $98 million, up from an original budget of $50
million, due to escalating costs for security and other problems. USAID pledged
to cut contractor overhead, but the inspector general found no effort to do
that.

In a report later that month to Congress, the agency reported
the cost as $50 million with the rest reclassified as “indirect
costs.”

Bechtel also told USAID in March the project was 273 days behind
schedule, but in its April report the agency mentioned no delay problems to
Congress.

Joseph A. Saloom, the newly appointed director of the
reconstruction office at the U.S. Embassy, said in a letter he would take steps to improve the reporting of the costs of reconstruction projects in Iraq.

Italian PM Silvio Berlusconi should have hired Karl Rove. Sure, he tried to be Rovesque when he “announced that police had foiled a planned terrorist attack on a Bologna basilica and the Milan subway” (http://www.signonsandiego.com/news/world/20060406-1355-italy-terrorism-politics.html), but perhaps he should have started his terrorist threats earlier instead of just days before the election. Ah, well, maybe Rove and Bush can move to Italy and introduce a terror-color-coding system for the next election.