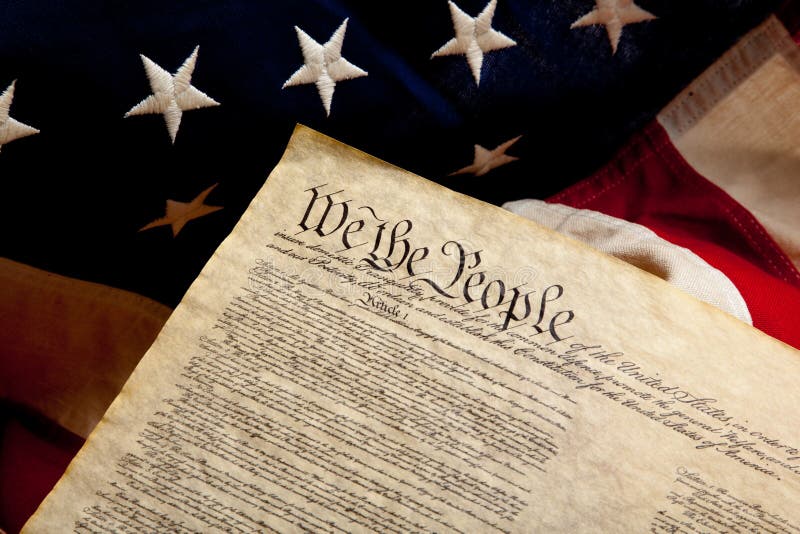 According to the U.S. Constitution, before the President-Elect “shall enter on the Execution of his Office, he shall take the following Oath or Affirmation: “I do solemnly swear (or affirm) that I will faithfully execute the Office of President of the United States, and will to the best of my Ability, preserve, protect and defend the Constitution of the United States.” The Constitution is a living document and is made of three parts: the original text, the Amendments, and -since Marbury v. Madison- the decisions of the US Supreme Court. Not only are each of the 27 Amendments part of the US Constitution, but Article Six establishes the Constitution, and all federal laws and treaties of the United States made according to it, to be the supreme law of the land, and that “the judges in every state shall be bound thereby, anything [sic] in the laws or constitutions of any state notwithstanding.” Well, so what? What does this have to do with Colin Kaepernick and Donald J. Trump?

Well, in the United States Supreme Court in Texas v. Johnson, 491 U.S. 397 (1989), and reaffirmed in U.S. v. Eichman, 496 U.S. 310 (1990), the US Supreme Court has ruled that it is unconstitutional for a government (whether federal, state, or municipality) to prohibit the desecration of a flag, due to its status as “symbolic speech.” Or, to put a positive spin on a negative statement: desecration of the American flag is constitutionally protected. To be clear, when SCOTUS ruled on desecration of the flag, the issue was flag burning and other forms of physical destruction.

Remember Toni Smith? Toni Smith was a member of the Manhattanville College women’s basketball team who protested the start of the U.S. invasion of Iraq in 2003 by turning her back on the U.S. flag during the playing of the National Anthem on court. In a written statement, she explained her actions saying: “For some time now, the inequalities that are embedded into the American system have bothered me. As they are becoming progressively worse and it is clear that the government’s priorities are not on bettering the quality of life for all of its people, but rather on expanding its own power, I cannot, in good conscience, salute the flag.” Smith went further and said that, if the US flag represents those who died to protect our American freedoms, it also represents the Native Americans and slaves who died under that same flag. But perhaps, you know, Toni Smith was wrong because she turned her back to the flag.

Not like Marie and Gathie Barnett. Those two kids refused to stand for the American flag (nor recite the Pledge of Allegiance. Were they “Sons of Bitches”? I doubt it, but they were expelled from Slip Hill Grade School near Charleston, West Virginia. Of course, in West Virginia State Board of Education v. Barnette, 319 U.S. 624 (1943), the Supreme Court of the United States ruled that the Free Speech Clause of the First Amendment to the United States Constitution protected students from being forced to salute the American flag and say the Pledge of Allegiance in school. The decision was written by Justice Robert H. Jackson who was also the US Judge who presided over the Nuremberg Trials of former Nazis after World War II. Jackson, who knew something of autocratic despotism, is remembered for his forceful defense of free speech and constitutional rights generally as being placed “beyond the reach of majorities and officials.”

The problem with criticizing flag burners, back-turners, and fist-pumpers is that the cloth becomes more important than the people. It is a form of idolatry. The flag is not America, it is a visual representation of both the American government and American ideals. The flag was worn by American servicemen defending Pearl Harbor and by NYC first responders saving lives on 9/11. But it was worn by Michael Slager and Timothy Loehmann as well when they shot unarmed African-Americans. It is a symbol, not a person. How can we tell our fellow Americans what a symbol must mean to them? How can we tell our fellow citizens what they should be thinking when they see the flag? When we uphold the rights of symbols before people, we undermine the assumption that we are endowed with certain unalienable rights including life, liberty, and the pursuit of happiness.

It is beyond question that Colin Kaepernick and others have the legal right to kneel. The question is not why they kneel, but why it bothers so many Americans that they do so. Apparently, our country stands for freedoms, but we just better not exercise those freedoms. Apparently, men and women have died protecting our freedoms, so we better not betray those sacrifices by, you know, actually exercising the freedoms that they died protecting. Perhaps if we truly wanted “to become a more perfect Union,” we should recognize opportunities to improve society instead of shaming whistle-blowers and goading employers to fire political activists.

Of course, the same US Constitution that protects Kaepernick also protects those who criticize him. However, it is strange that a man who has called Mexicans rapists and drug dealers, called Rosie O’Donnell fat and ugly, mocked Serge Kovaleski for his physical disability, described Arianna Huffington as ugly both inside and out, assumed Megyn Kelly was influenced by her menstrual cycle, described a breastfeeding mother as disgusting, and stated that prisoners of war aren’t heroes because they let themselves get captured… this same man has stated that NFL players who silently kneel during the presentation of a flag and the playing of a song, that these men are “Sons of Bitches.” Apparently, a silent kneeling protest is somehow more offensive than the verbal abuse of Presidential free speech?

The President of the United States takes an oath to “protect and defend the Constitution of the United States” and the legal interpretation of that Constitution has consistently established that Americans are not required to stand, nor recite, nor face, nor prohibited from destroying the flag. The role of the President ought to be to defend the rights of Americans and the exercise of those rights. It is easy to stand up for those you agree with and their rights. Character is standing up for those you disagree with and their rights.

One thought on “On the U.S. Constitution, the Flag, and Political Protest”